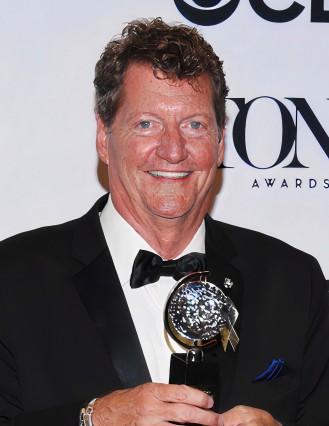 It is with a heavy heart that we announce Mr. Howell Bagby Binkley, 64, of Emerald Isle, NC and New York City, passed away Friday, August 14, 2020, after an heroic 3-year battle with lung cancer. He was born in Forsyth County on July 25, 1956 to the late (Lt. Ret.) John E. Binkley, Jr. and Hattie Louise Binkley, nee Bagby.

Growing up in Winston-Salem, NC, Howell graduated from Richard J. Reynolds High School in 1974. He was the school mascot and worked at the Little Theatre of Winston-Salem. After high school, he attended East Carolina University before moving to New York City to pursue his dream of working in theatre. He was a member of Home Moravian Church and always enjoyed coming back to visit and to attend a Christmas Eve Lovefeast Service.

Howell was a two-time Henry Hewes Design award winner for his work on Hamilton and Jersey Boys. He was also a five-time Helen Hayes award recipient and earned the NAACP award for the musical, Memphis.

He received Tony nominations for his lighting design of Ain't Too Proud, Come From Away, After Midnight, the recent revival of How to Succeed in Business Without Really Trying, the 2009 revival of West Side Story, In the Heights, and Kiss of the Spider Woman.

In addition to his work in the theatre, Howell was the co-founder and resident lighting designer for Parsons Dance.

His work on the recent Disney+ release of Hamilton, filmed at the Richard Rodgers Theatre, immortalizes his masterful artistry.

Howell was adored by many and will be missed by all.

Our heartfelt thanks to Howell's doctors, nurses, and support staff at NewYork-Presbyterian Hospital and Onslow Memorial Hospital, NC for their dedicated and compassionate care and to all other health care workers who contributed to Howell's care during this long journey.

A graveside service will be conducted at 2:00 PM EDT Thursday, August 20, 2020, at Salem Moravian Graveyard, God's Acre, Winston-Salem, officiated by the Rev. Ginny Tobiassen and live streamed above.